I was delighted to get invited along on Su and Rusty's Coffeeneuring adventure today. What enticed me was an opportunity to ride on the Panhandle trail. I'd been wishing to get a bit more familiar with that trail and this was the kick in the pants that I needed to get on it.

To avoid Rusty confusion: Rusty is not me... he's a tall red-headed guy you'll see in photos below.
Now, the funny thing about those who refer to Rusty and I: one of us is called 'the Other Rusty'. I'm always thrown for a loop because I'm 'RED', the 'Rusty' I threw in front of it refers to me being rusty on the bike. IE: out of practice. No one's ever called me "Rusty" and I have trouble responding to to it as my name.
I've always believed that a nickname is one that your family or friends bestow upon you: I became "Red" many years ago when friends started calling me that and my co-workers needed to refer to me as something other than 'Colleen' because we had anywhere from 2-5 Colleens in the office at any given time over the years. Yes, FIVE Colleens in an office of 20 people. Colleen isn't a very common name in the States either: what are the chances?
I'm not sure that's fortuity: it's utter confusion and frustration for everyone in the office as well as anyone who calls on the phone and asks to speak to Colleen.


We started very early, like crack-of-dawn early... and made some rounds around Carnegie to let Su check on some murals and photograph a new mural that I found a few months ago.
My favorite was this one:

We Coffeeneured at Carnegie Coffee Company, which is the old post office converted.

It was amusing to watch each of us arrange our coffee and treats into photographable formations for the Coffeeneuring Challenge pictures later to be Tweeted or inserted into a blog post. 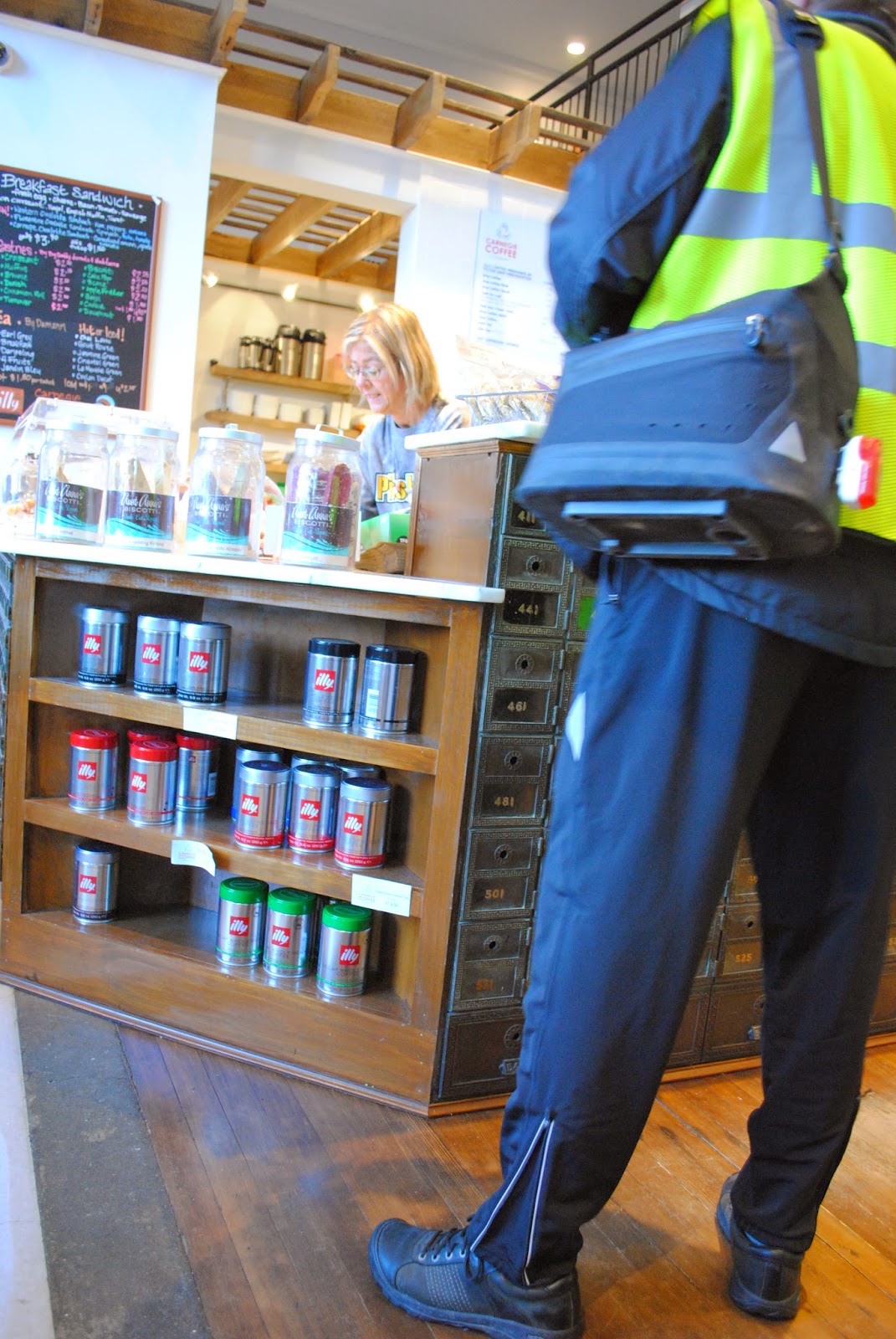 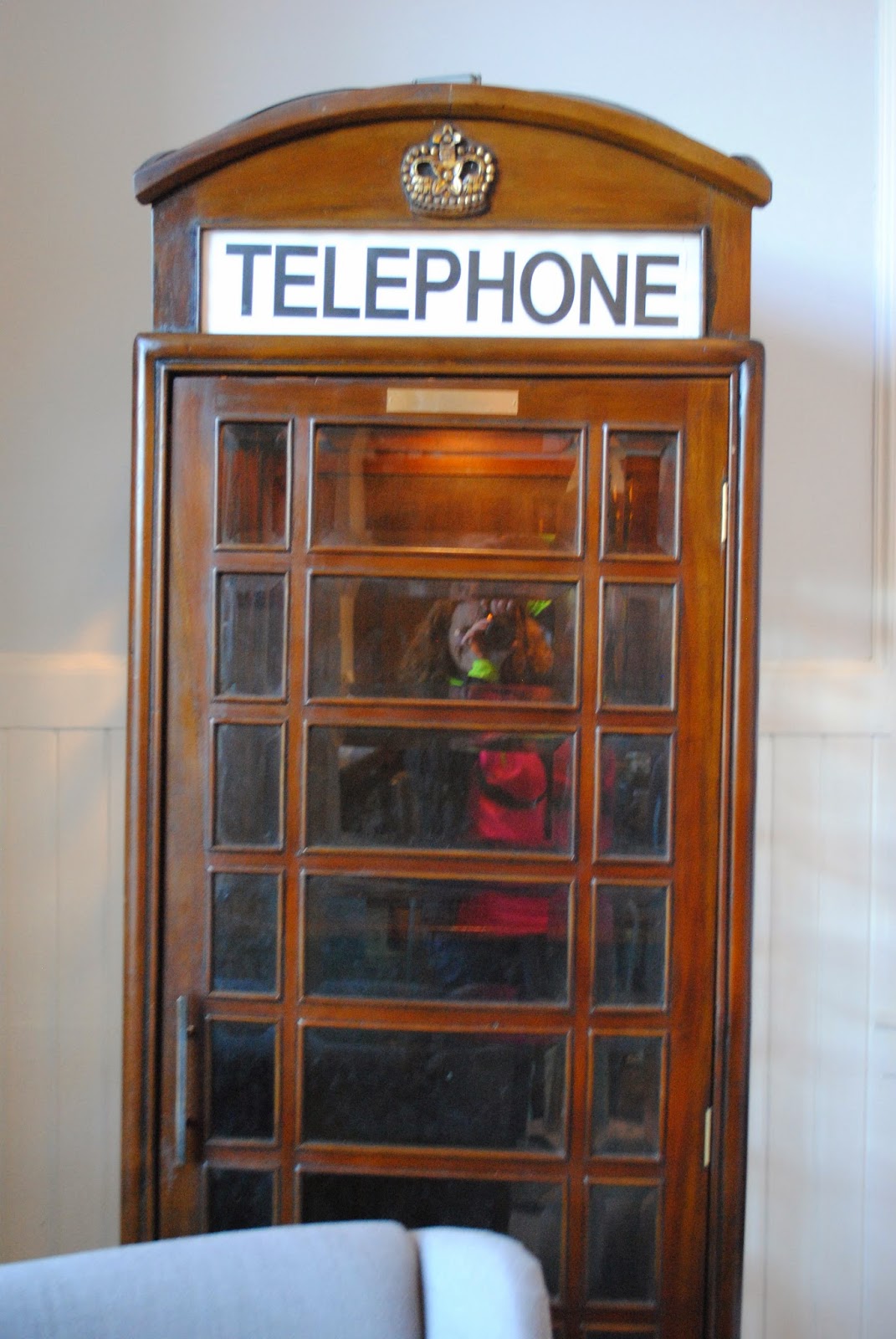 We headed back to the trailhead, there's many interesting things along this portion of the trail: 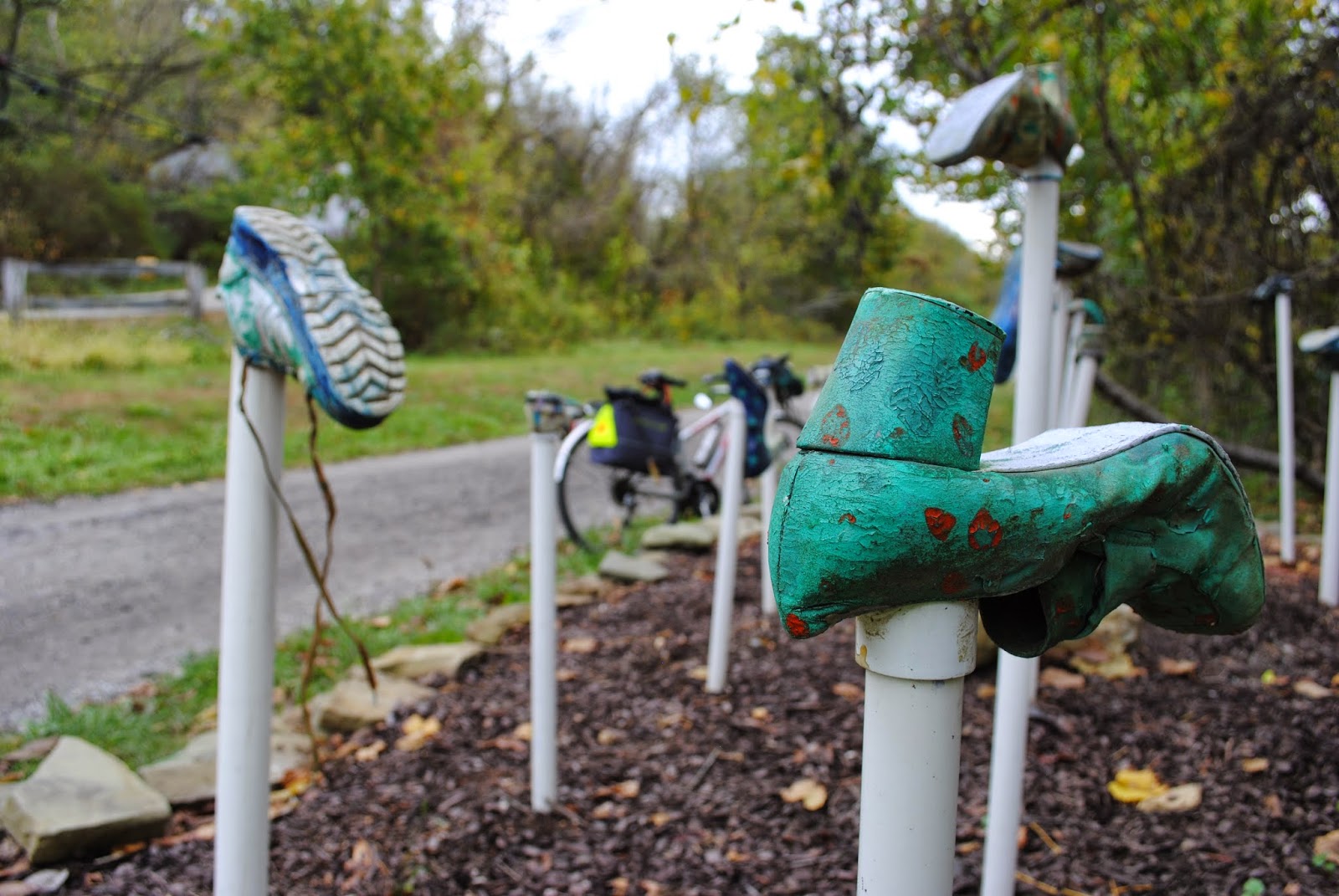 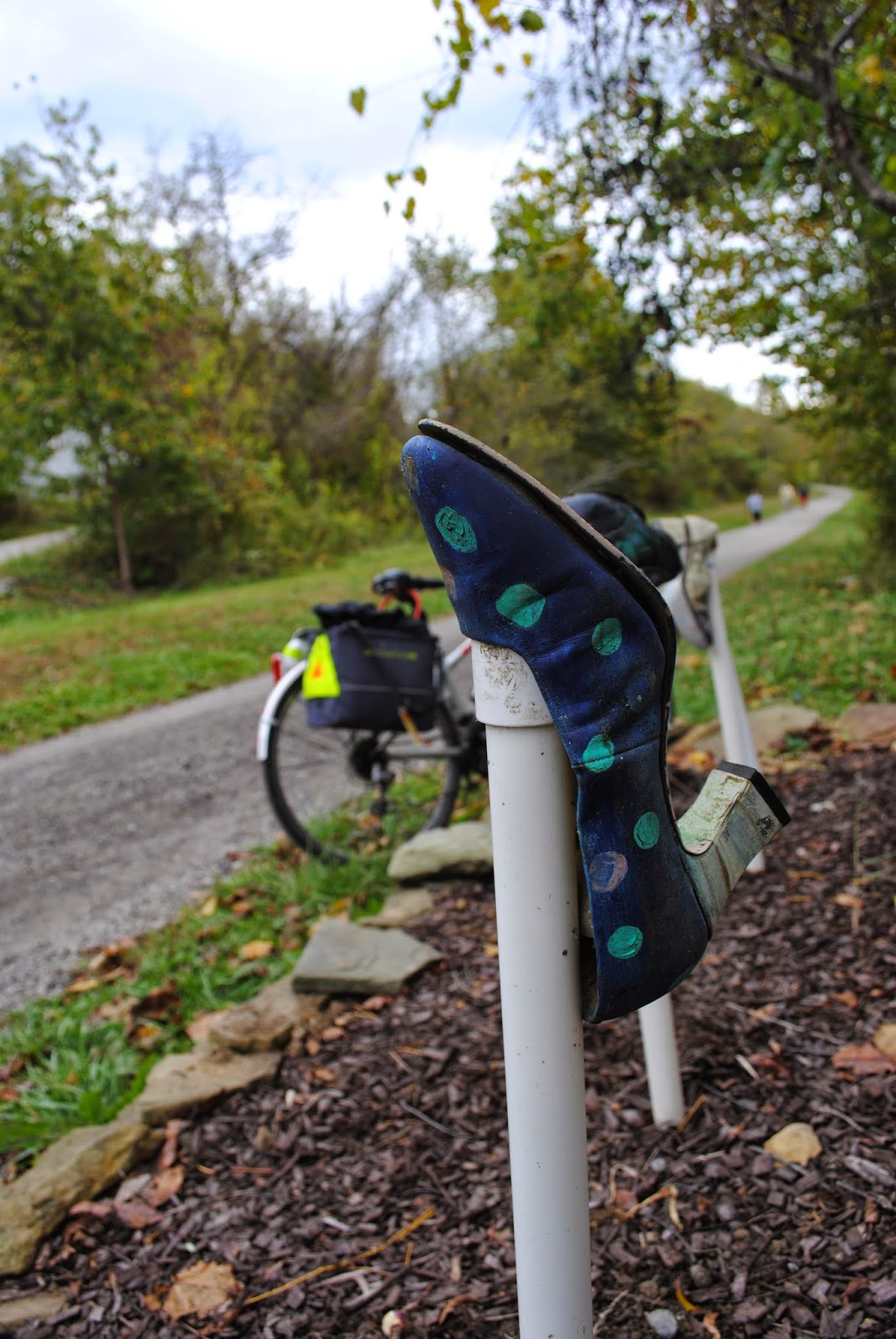 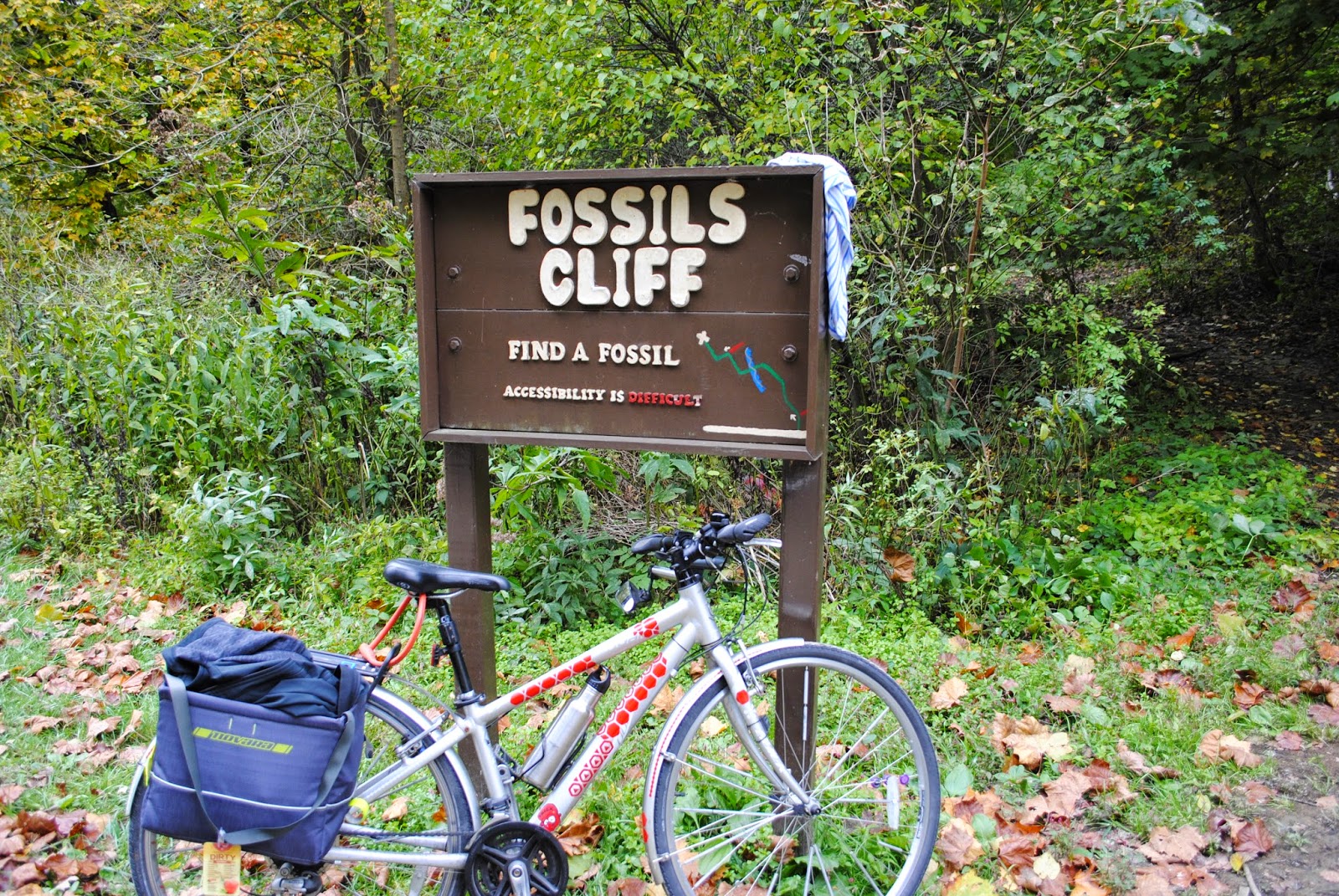 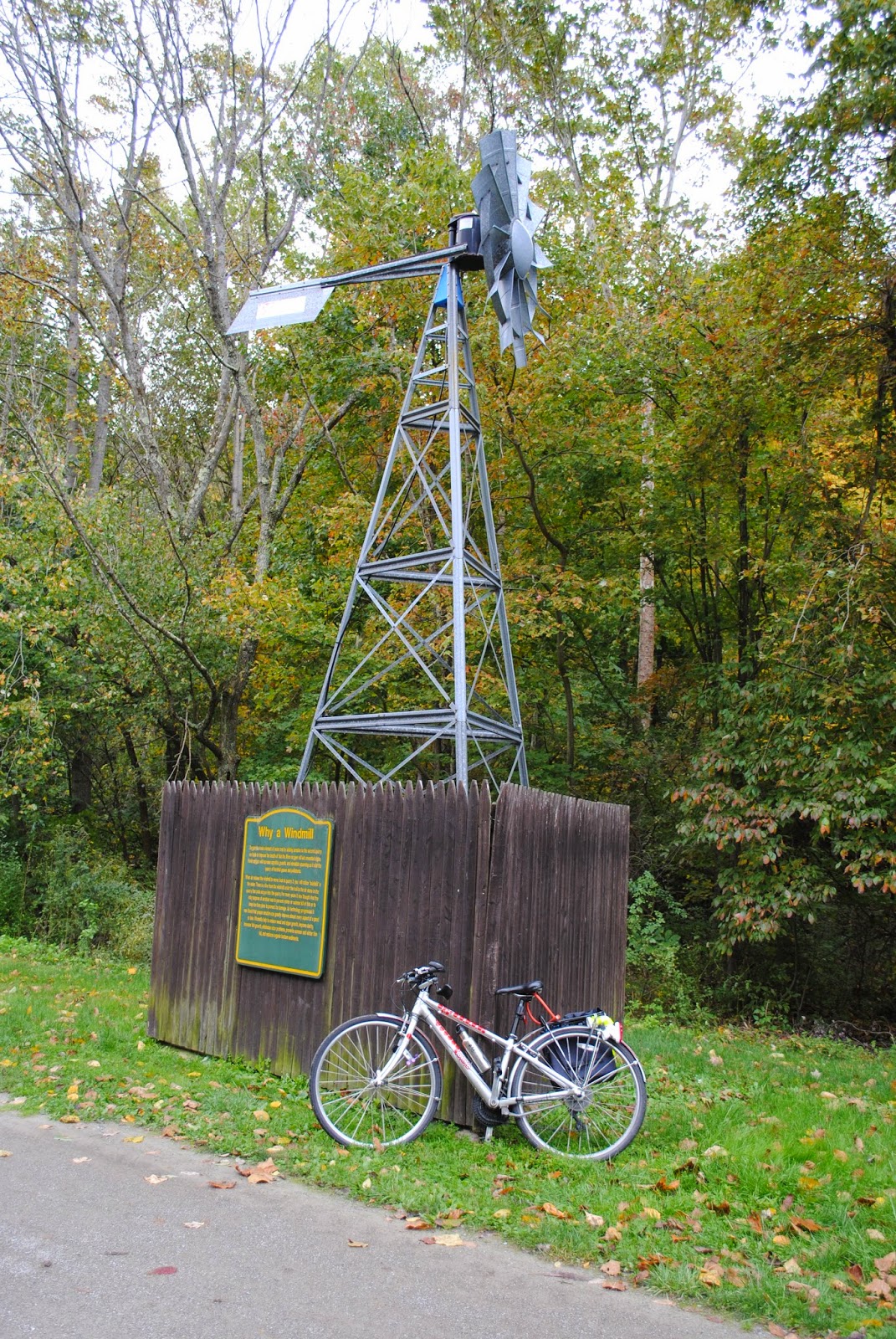 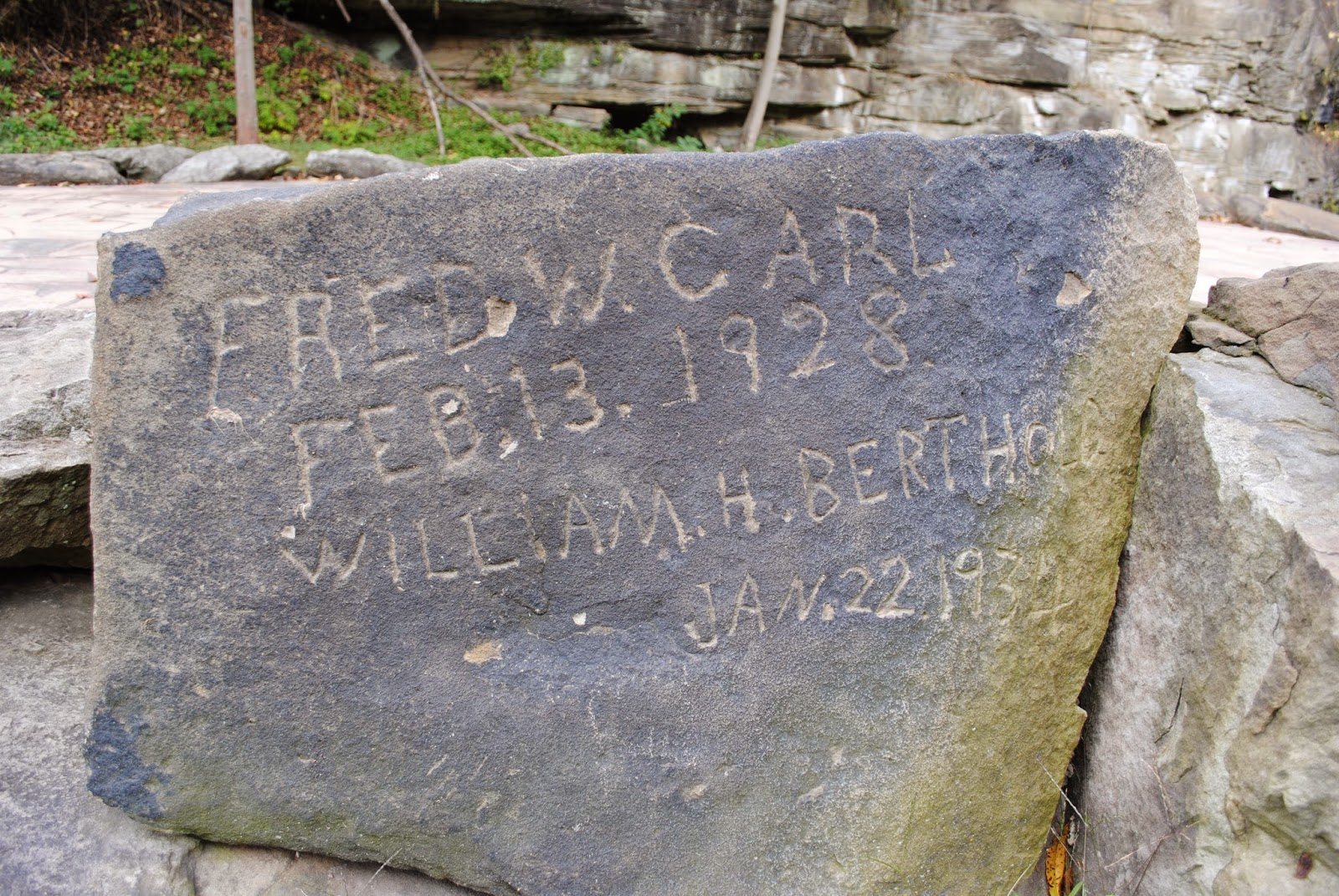 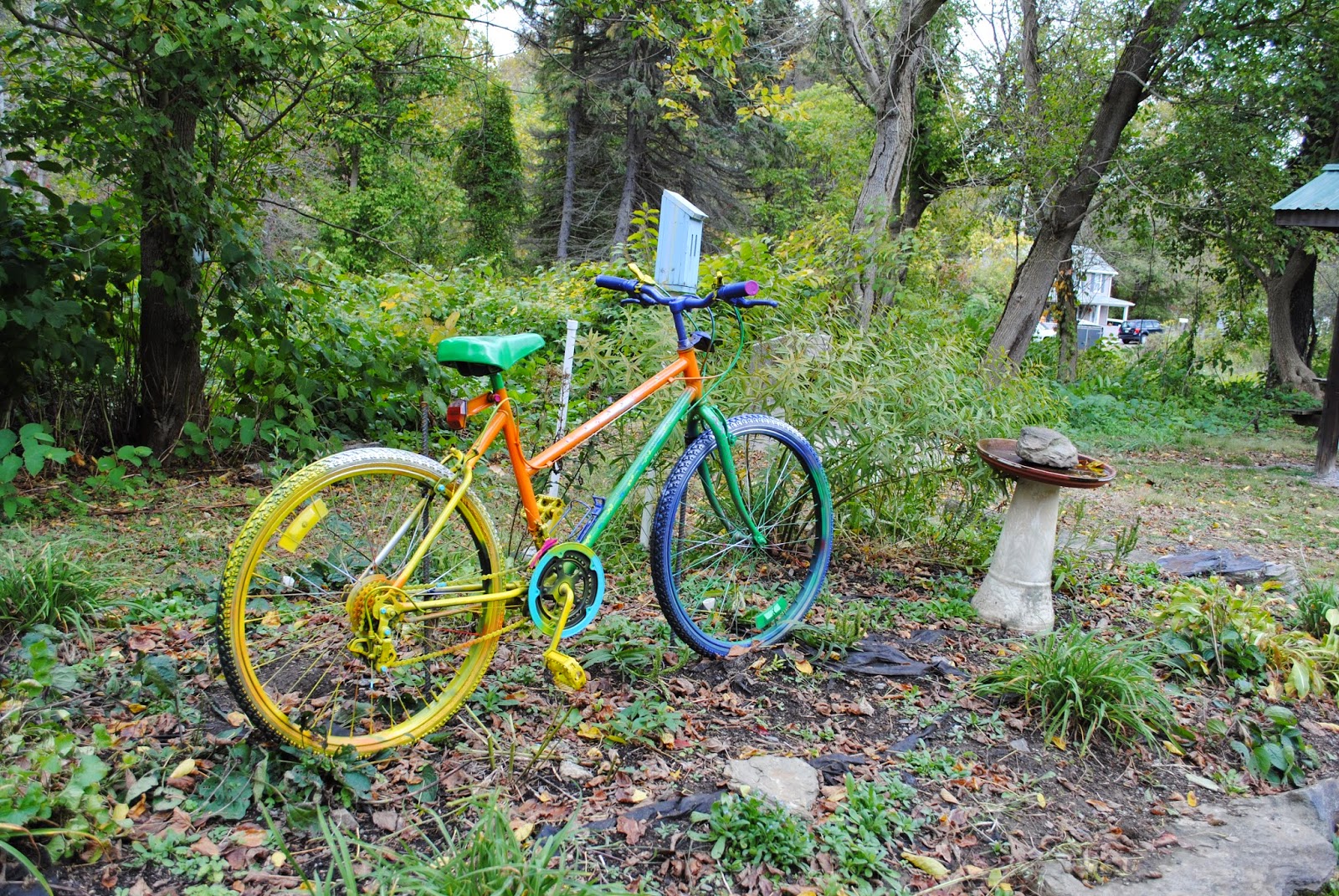 WUT? A new coffee shop is going in at the trailhead? Happy dance! 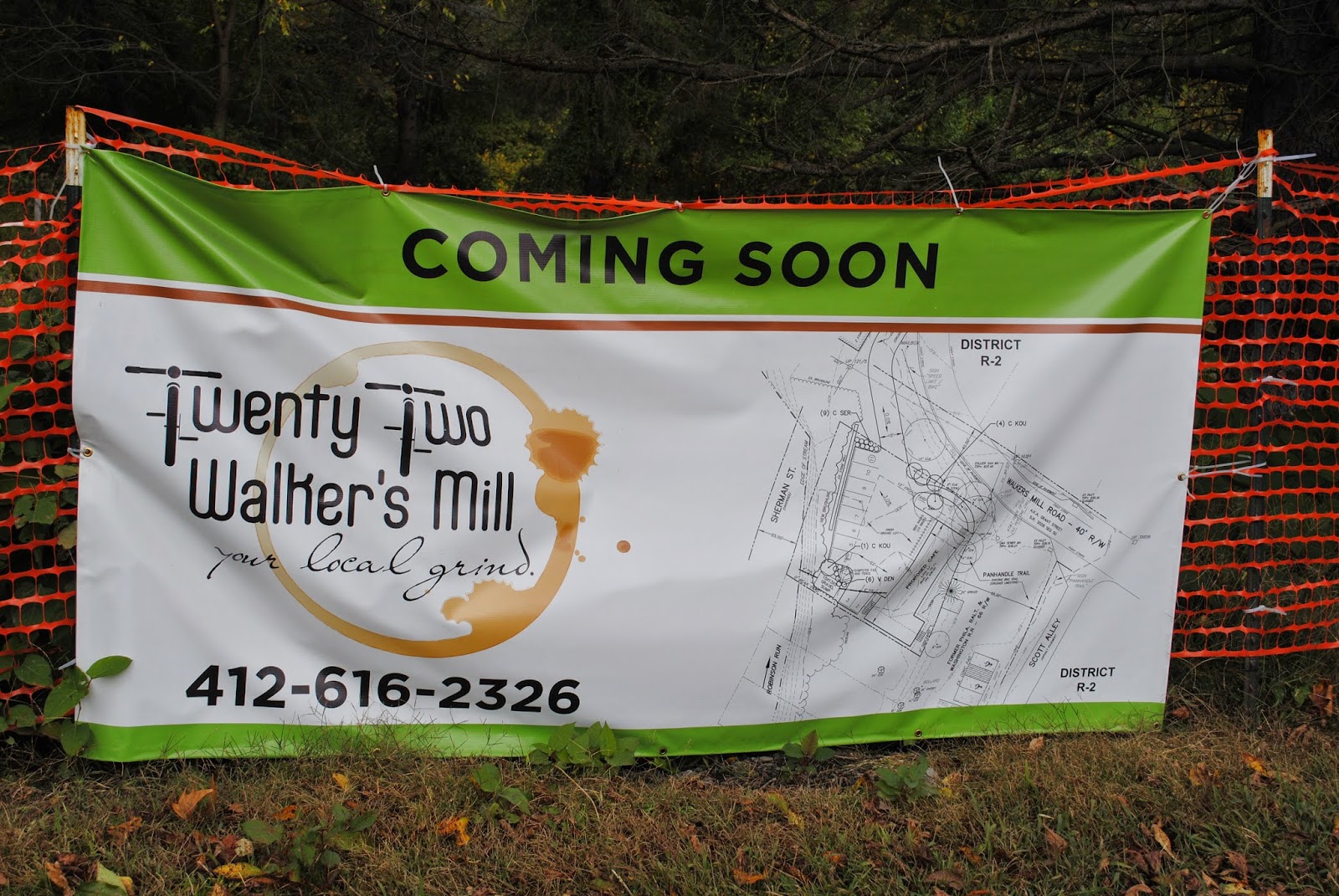 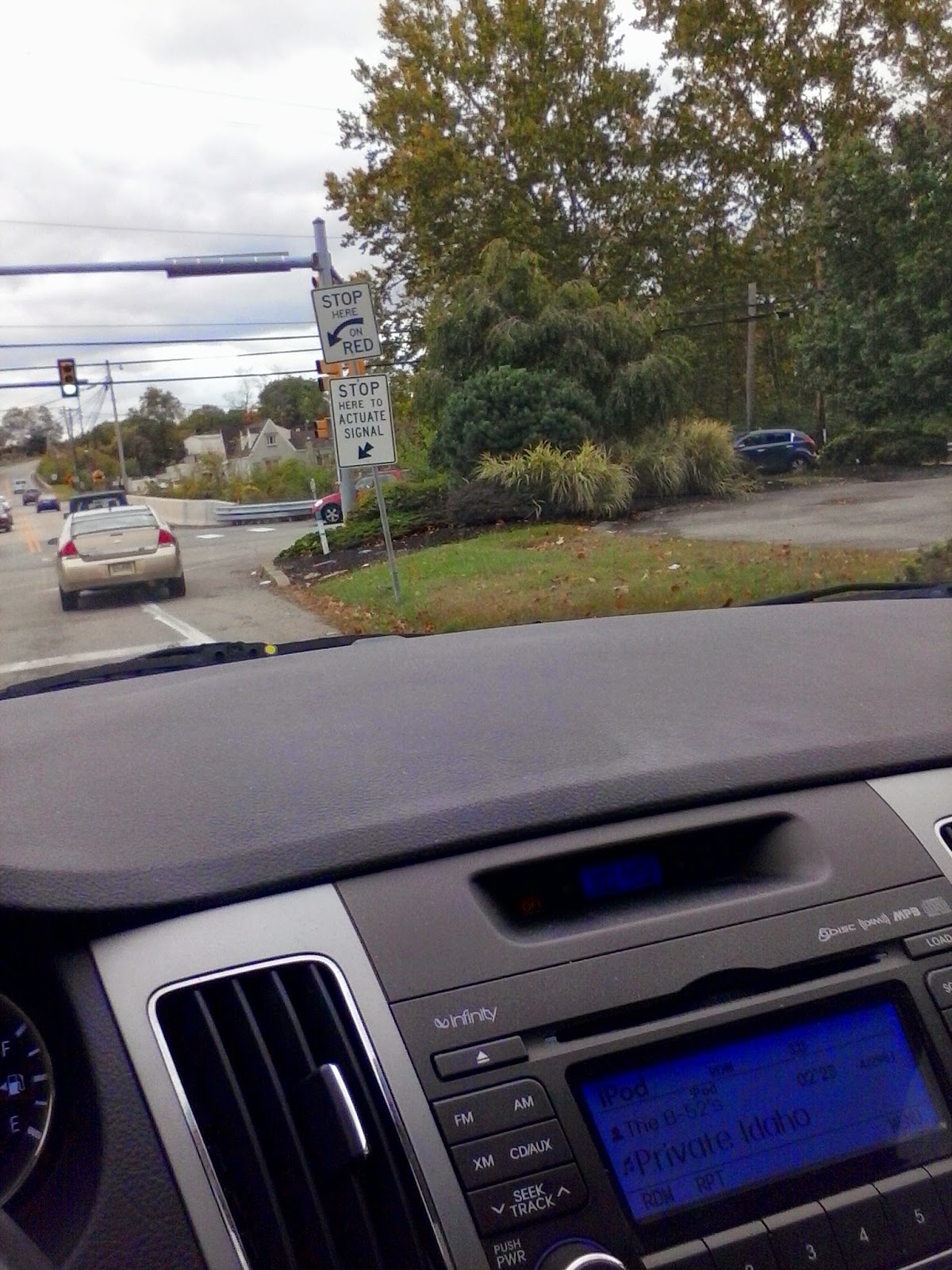 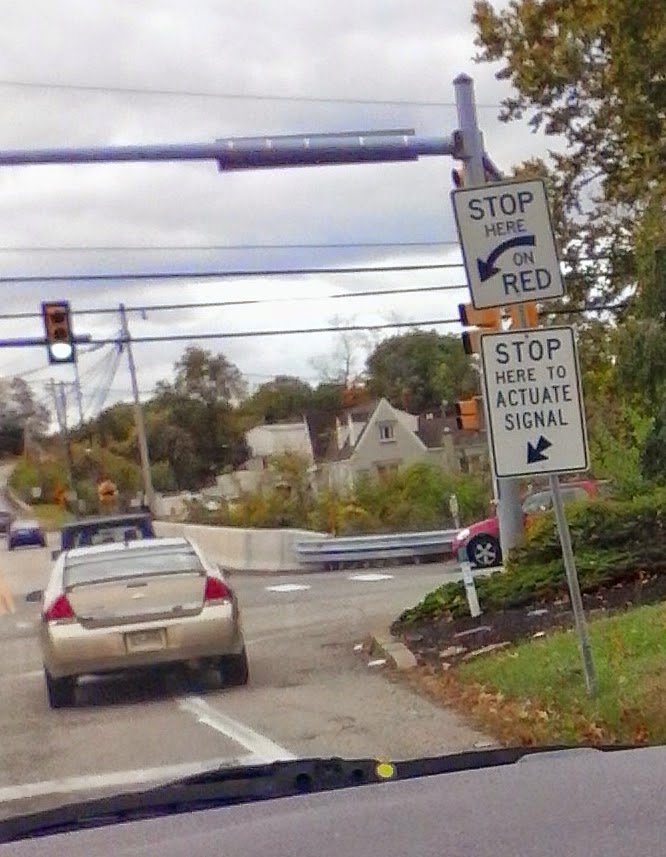 I noticed an interesting road sign on the way home. It said "Stop here to actuate signal". I'll bet you a dollar that 60% of Americans couldn't give you a definition of Actuate. Why wouldn't they use Activate? They're virtually the same word. The subtle difference between them is invisible to me, so why use the lesser used word? *shrug*

It was very nice to ride with Rusty and Su again, ride a new trail and enjoy my very first group Coffeeneuring outing!
Posted by Unknown at 1:50 PM