Uber has headquartered it's fleet of self-driving cars here in Pittsburgh. They test them out on our streets and on a specially built track in Hazelwood. We feverishly gawked at them when they first appeared but now we see them so often that they get not much more than a second glance. They do well with passing cyclists, they obey the speed limit and they don't yell at us (unlike the 'human' Uber drivers). Later this month they go live with picking up passengers.

I, for one, welcome our new Robotic Vehicular Overlords.

Try-a-Bike! I love this event.

I rode several recumbents, e-bikes (Oh my, they're fun.) and straddled several other bikes I simply couldn't manage to get going on due to my height or lack of balance. 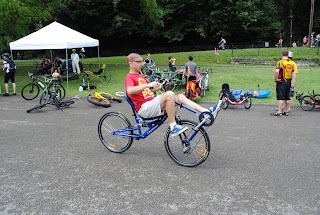 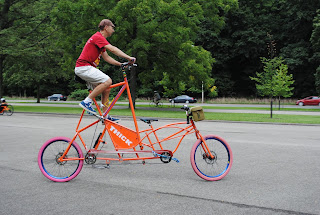 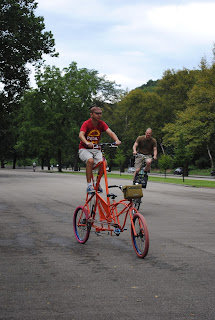 Fellow cyclist and Georger, Dwayne rolled into town from Brooklyn for a stop on his ballpark tour so we met with him at our new favorite cyclist haunt: East End Brewing taproom. We had a drink while we caught up. I loved his choice of shirt. 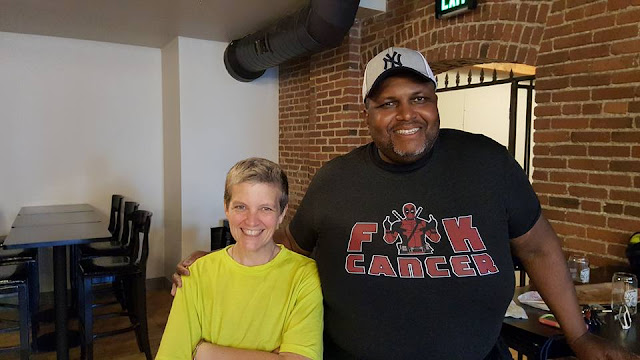 If you're not familiar with DeadPool, he's a surly, foul-mouthed (lovable, IMHO) superhero who earned his powers after undergoing a horrific cancer 'treatment'.

In this video, he'll casually explain to the men-folk how to check for testicular cancer.

I'm starting to feel like a normal human being again, my eyebrows and eyelashes have returned, my toenails and fingernails are growing back in (yes, they can fall out too), my radiation burns are healing nicely.
Yeah, FU cancer.
Posted by Unknown at 9:28 PM 1 comment: 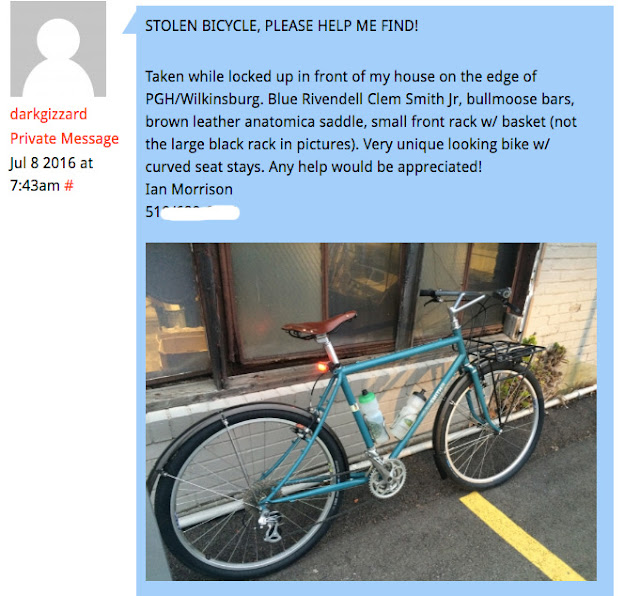 This was posted on our local Bike message boards. Wow, stolen Rivendell? How can you miss that?
Sure enough, two weekends later... we spot it on our street at the annual Arts Festival. I called the and left a voicemail with the owner and then we ran into Tricia and Jonathan while we were deciding whether or not to u-lock it and ask the Sheriffs working the festival to lend some muscle.
While Marko went back to the apartment to grab a u-lock and Jonathan went to talk to the Sheriffs, the owner returned wearing a Rivendell cycling cap. It turns out he'd recovered it the weekend prior, ditched at a CMU frat house.
He was grateful. 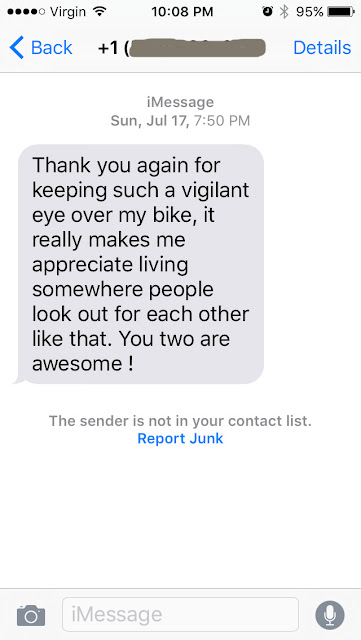