This bike is a 47cm Kona Rove, aluminum frame. She weighs 19 pounds (yes, I know that's not light by most standards, but when you've been lumbering around on a bike that weighs much more, 19 pounds is a featherweight) with rack and fenders. Purchased from Kindred Cycles in September 2015.
"Mā.mā" in Hawaiian means 'Not heavy' or 'light'.
(If you speak Hawaiian or any Polynesian, please let me know how to pronounce mā.mā?)

Doomer° (Ken) was a friend of mine who passed after living with cancer for several years. He drove a cab and always seemed to be given the vehicle in the taxi fleet that was in the worst shape or had bad luck such as a flat tire or a fender bender. Any vehicle he was given was referred to as the "Cab Of Doom" and he was known as Doomer°. As I find humor in my crashes, embarrassments, mistakes and mishaps, Doomer° found much humor in his impending death and strove to fill the lives of those around him with laughter.
After having 2 crashes in this bike's first 10 days of ownership, I may affectionately refer to her as Doomer° in a tribute to this spectacular and much-missed person. 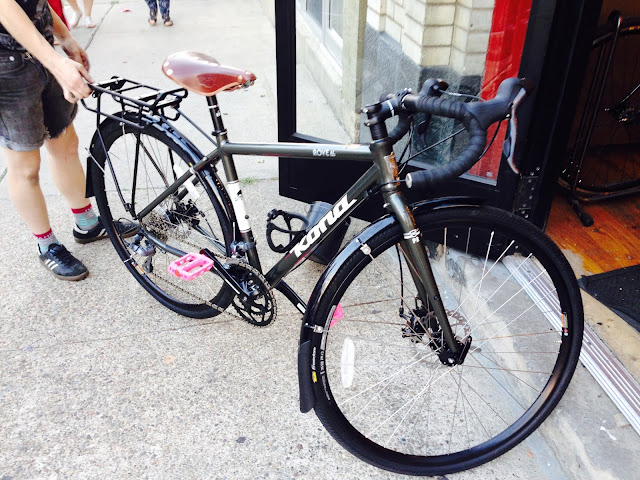 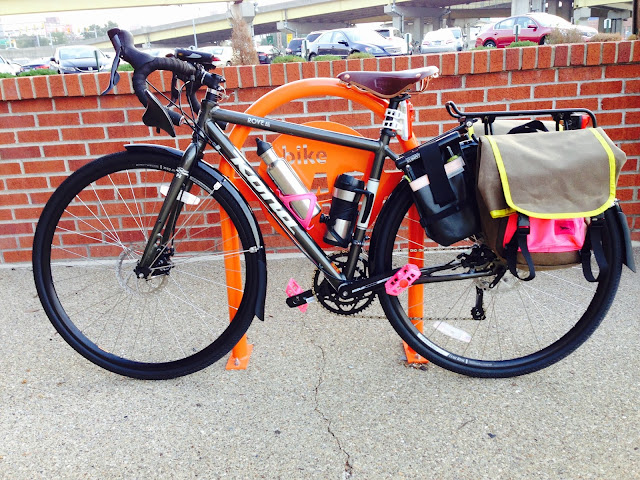 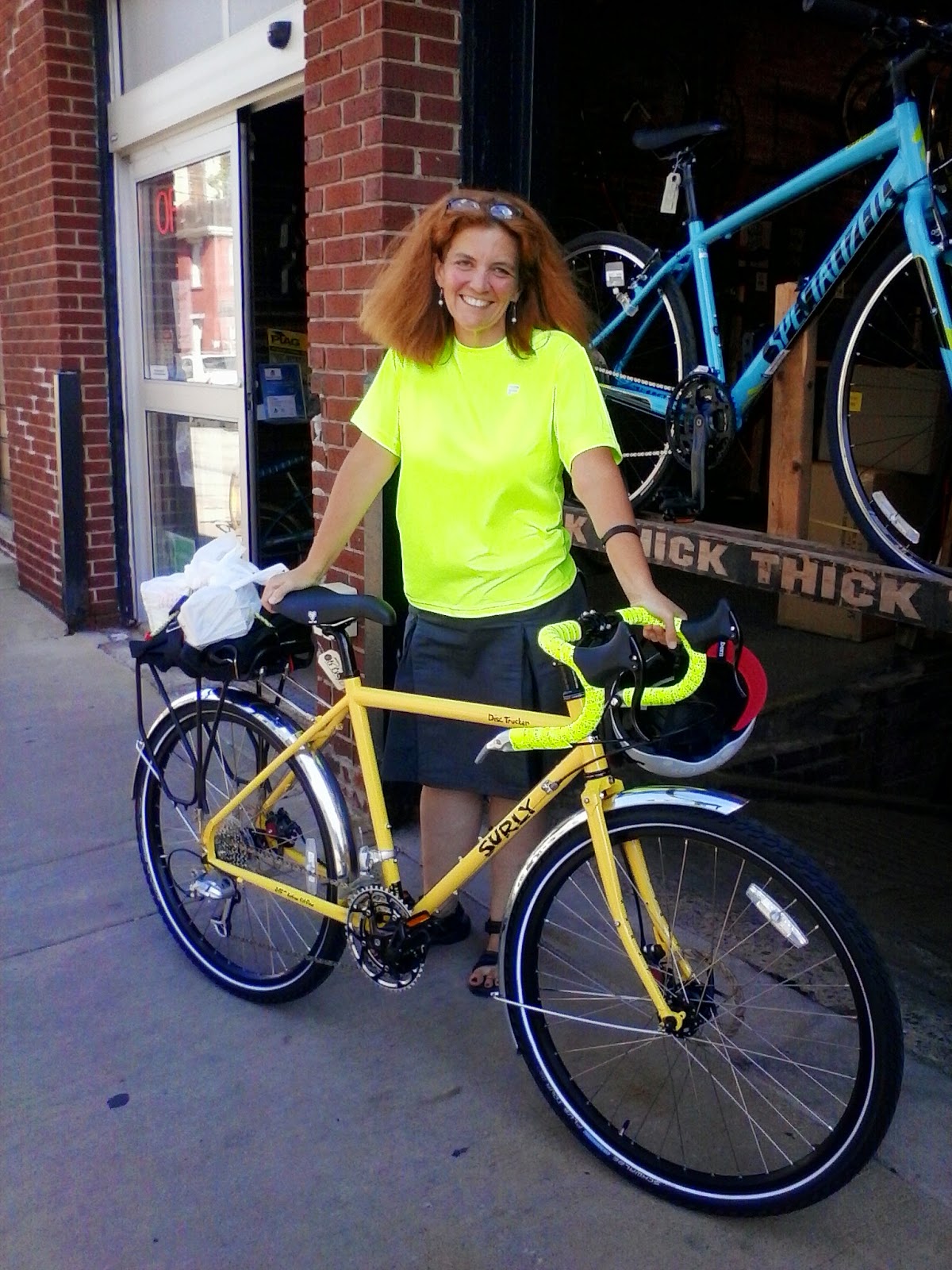 Hi-Viz Fizz is a bright yellow 46 cm Surly Long Haul Disc Trucker. Named after a Yehuda Moon character. I'm fond of Fizz because she represents the childlike joy that that is being on a bike. She also likes riding in a bakfiets and I know how much fun that is.
Fizz was powder coated by Dan B (yes, the same Dan B who was the former owner of Ruby)

Resolute Ruby
July 2013-September 2015
Click here to learn how this bike got its name.


More views of Ruby when I first bought her and hadn't yet added her crimson accouterments.

Ruby in all her reflective glory: